Thank you for your patience while we retrieve your images.

I began my artistic journey by chance.
In the midst of an especially stressful period at work, I found myself taking part in a Nude Photography workshop at the “Photo-way” school of photography. The workshop had nothing to do with lenses and other camera details, but rather with one jarring question: “what do YOU want to say?”. That was the moment photography ceased being a way to document the world, and I was spilt into two distinct beings in a single body – the husband/father/son/manager on the one side, and the Artist on the other. That happened in 2007. Later, in 2015 I graduated from the post graduate Art program at Hamidrasha, studies that expanded my Art practice to Video as well.

Since that Eureka moment of mine, Photography became the way I could share my world with others, with the ever-present question “what do I want to tell the world”, and the knowledge that I am not interested to photograph what is placed in front of me (as well as everyone else).

The series “Working from Home” which I am sharing as part of Binyamin Gallery’s “Chain Reaction” initiative, is an outcome of the forced isolation during the “Corona Times”. This unprecedented global as well as personal period provided my second eureka moment. It occurred after completing a photo-based drawing on my ipad with its accompanying Apple Pencil, with a result I did not expect.

“Working from Home” is based on personal banal moments, reconstructed for the camera, usually taken by my wife or my daughter, and occasionally by myself with a timer. On the one hand I discovered a new artistic practice, and on the other hand the works are a continuation of my photography with the drawings yet another stage in the “editing” process, allowing me to select the details from what has already been selected in the original photograph.

My plan was to publish a few drawings each day, some of which were drawn during the first days of isolation, while others to be drawn during the coming week. However, quite ironically, as part of the “after seder” clean-up, the Apple pencil must have been thrown away. So, if the new pencil does not arrive in time, I will have to make do with the ones drawn by Pesach eve.
(update: the new pen arrived 3 days before the end of the series, so the last 4 images are new) 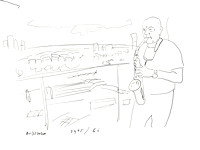 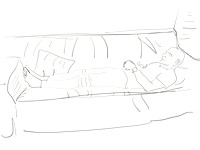 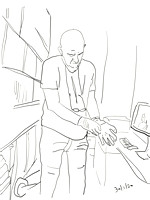 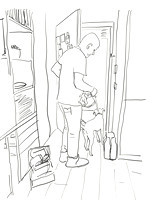 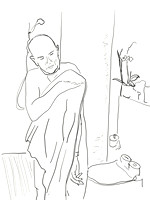 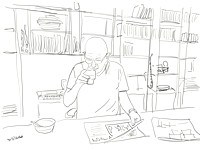 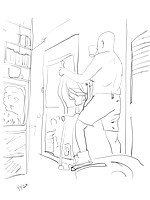 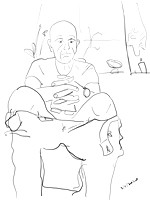 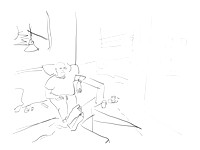 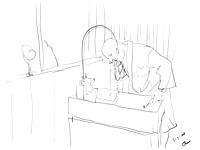 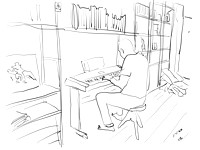 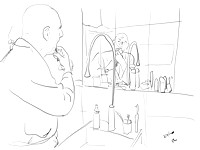 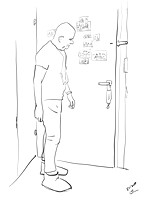 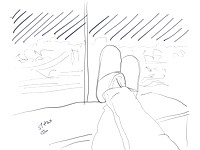 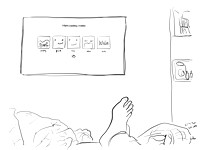 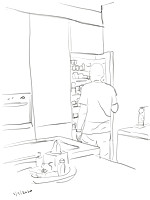 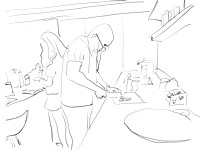 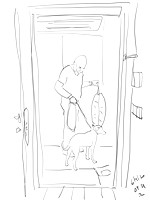 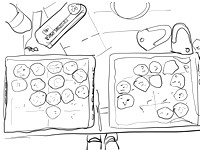 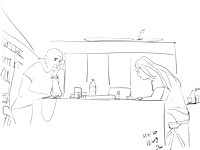