Feminism and the Nude - Ayelet's Point of View

November 22, 2009  •  Leave a Comment
What does a feminist say about nude photographs? It depends.
Some time ago I posted a version of this photograph on a photography sharing site. A furious debate erupted with a claim I am humiliating all women (as one male photographer wrote). There were also positive comments, but they are not the subject of this post.
The debate went on for a couple of days, until the following was posted by a woman, Ayelet. She wrote (freely translated and published with her explicit permission): 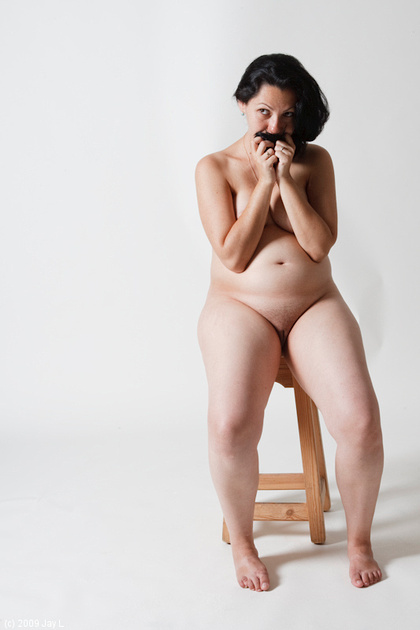 "I want to say something I was afraid to say until now. This is meant mostly for Jay. When I first saw your photograph I was really angry, absolutely raving mad: How dare a man humiliate a woman in such a way??? I could not bring myself to comment because I was so mad.
A few days later I came back to read comments from others - and I was still very angry after looking at the photograph.
As time went by, I started to think about it some more. The anger started to subside, and then it hit me.
I suddenly understood I have been "damaged". Within the framework of this "Bullshit Feminism" we adopted, we did something very bad to ourselves. We, women, have only ourselves to blame.
We so wanted to be appreciated, to show the world that we are equals. In fact, that we are better! We started careers as women that have something to say.. But we also wanted to be seen. We became addicted to shopping, hair removal, make-up, cosmetics and more. But, in fact, we are "addicted" to another thing- to being a woman. And as a woman, nature gave us something we can't avoid - the mother instinct.  This cannot be ignored even if you are a passionate feminist that feels you are allowed to keep your body undamaged by childbirth, that you can prefer yourself over your kid, and that you are entitled to leave the house in a less than spotless state - even knowing your babies will crawl all over that filthy floor. Oh really?? No! It's not that you are not allowed - you just can't! This motherly instinct will always be there.

So what does it have to do with my anger? Everything! While the media is full of perfectly looking thin models on every corner and sign, you still need to give birth. You will be left with folds on our stomach and fat that does not want to go away. You will get up in the middle of the night to feed your baby. You will get up early to dress him and get him ready for the day. Then you will stop putting on makeup before work because you are late. You will stop going to the gym because you have two "jobs". You will not buy new clothes because now you prefer to spend the money on your kid. You will no longer feel sexy even for your husband (and here I start crying. Fuck you, Jay! What did you do???). And then you no longer spend the same energy at work like before and your boss will give the promotion to the guy that sits next to you because he can spend more time at work while you will be doing washing, cleaning and breast feeding.
What is left is to hope your husband will continue loving you in spite of all that – and what is more important, that you will continue to love yourself. But how?  Everywhere you look, everyone is promoting the thin look, shopping, beauty, body care. It is not bad - but what to do when it is impossible? You really try, but you can't!!
And this is where you enter, Jay. You reduce my anger (after all) but at the same time increase it hundred times more.  My anger towards you subsided and shifted towards the rest of the world. Towards the clothes makers, the cosmetics firms, the marketers, the photographers, the publishers, and mostly towards us - women: That we did not see this coming and then let ourselves into this trap from which we have a long and difficult path to get out.
So… thank you, dear feminists, that you made me angry while seeing a photo of a real woman with all her beauty and faults. Thank you so much!!"

That was what Ayelet wrote.
It is not often that I get a glimpse of what goes on inside a person's head when seeing a photograph of mine. I want to thank Ayelet for sharing and for letting me know I made a difference. Small as it may be.
« Previous Post Next Post »