The wonder of people photography in the city

A city is a place where people gather. Visiting an unfamiliar city is an opportunity to meet unfamiliar people in a place I do not know. I come as a visitor but I am not interested in the eye of a tourist. I do not want to photograph the city, to document what has been documented uncounted times before. The city is a pretext - its streets, houses, sights and sites are only a backdrop for the inner state of people in the city.

When I photograph in the street I want to photograph people that are special but not a spectacle. I also want this "specialness" to allow for an underlying "generalness" to shine through. I want the ultimate viewers of the photograph to lose a beat - not knowing why. 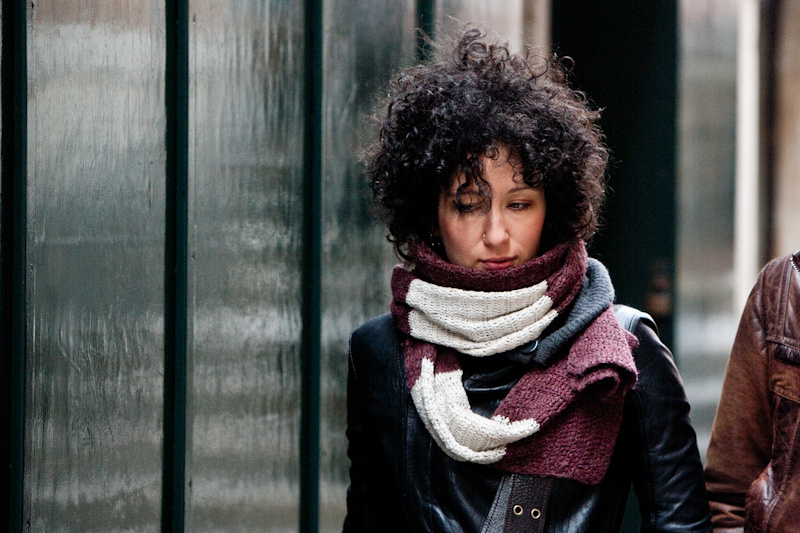 I wander around the city, full of wonderment. I seek the people that signal me with their silent messages, addressing my subconsciousness. I look at them through my lens, awaiting that split second in which they lose their self awareness and purpose - to become both an individual and a symbol. Sometimes this moment never comes, other times I miss it completely, and all too often I misinterpret their wilingness to drop their mask. Almost always they are not aware of my presense, and when they are, I hope to capture the essense before they have time to change.

But the biggest wonder takes place when the photograph of "reality" (I was there, after all), becomes this completely fictitious depiction that could not have been there, but for me is as real as I am.